About this time every year, people begin to complain about retail stores having Christmas themed displays and merchandise out. Well, speaking objectively, I think it is totally fair game for retail stores to shift to Christmas-mode, once people begin to think and talk about Christmas. Can Reddit post topics act as a proxy to determine when people begin to talk about Christmas? In each of the following plots, the black open circles represent a single day’s value, and the red line is a 7-point moving average designed to eliminate the weekly periodicity of Reddit posting. 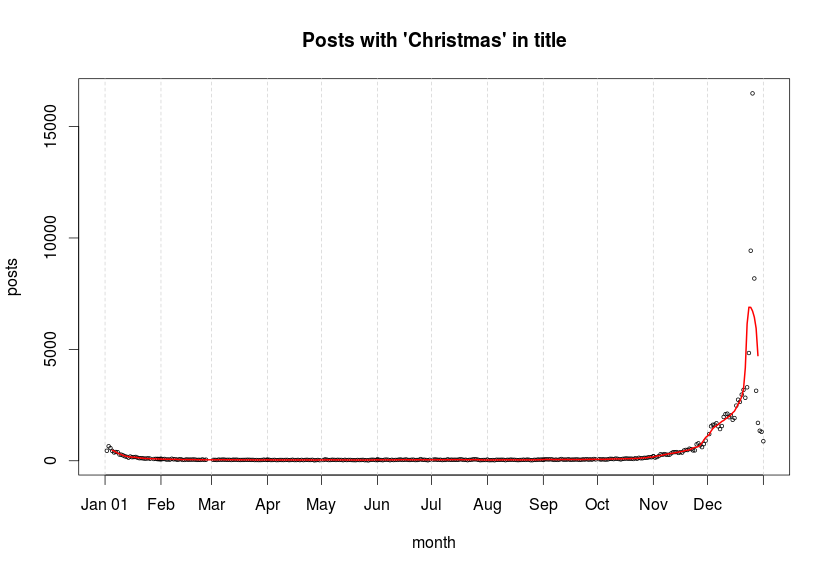 Well it looks like the beginning of an increase in Christmas related posts occurs in the middle of October, with a substantial increase at the very end of November (just after Thanksgiving). Let’s dig a little deeper though. In the plot below, I’ve taken the same data and plotted them on a logged y-axis to highlight the variability. 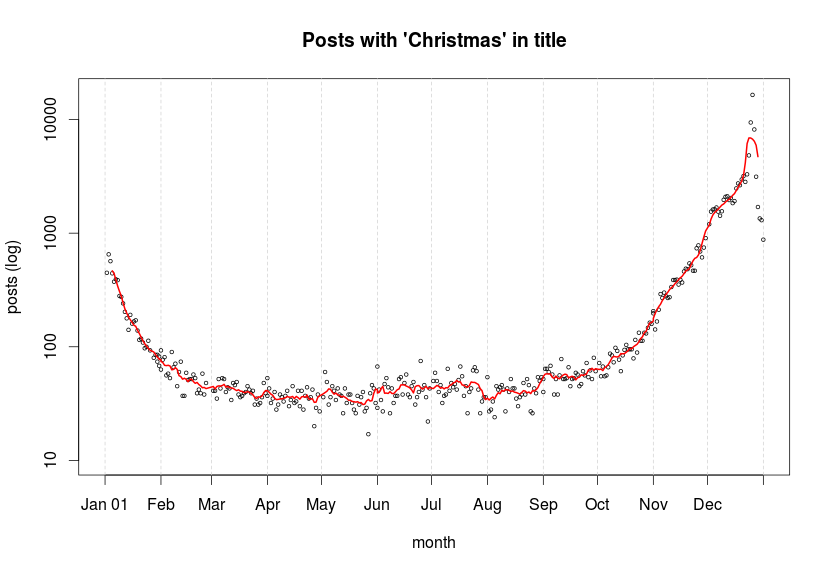 From the above plot, it seems that the steady increase begins as early as the middle of September! Is a steady increase really enough to conclude that the conversation has begun though? Well I decided to take a look at the variation in the data to try and answer that. 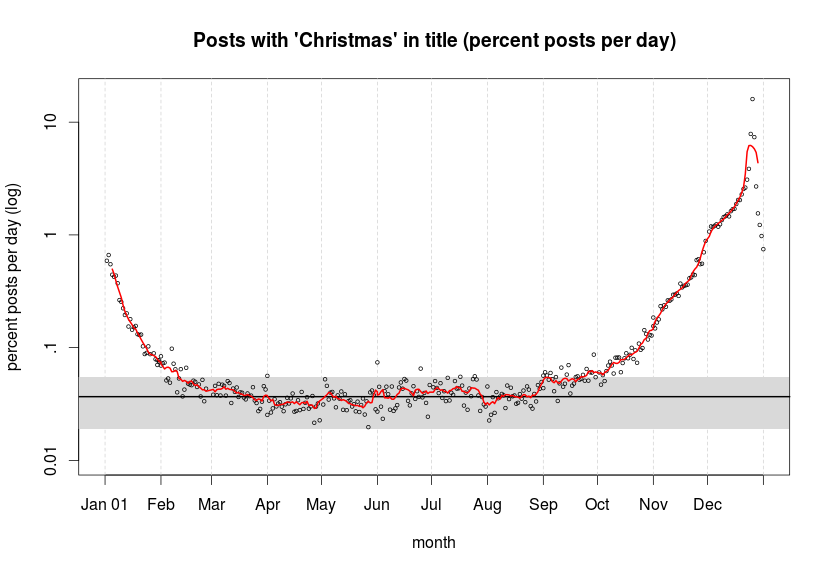 In the above plot, the data has been normalized per day to a percent of total posts that have Christmas in the title. On December 25th, 16% of posts to Reddit included the word Christmas in the title (over 16,000 posts)! Now, I took the period from April 1 to Aug 15, and determined the mean and standard deviation. The horizontal black line represents the mean for this period, and the gray box is 2 standard deviation from the mean.

Taking 2 complete standard deviations from the mean to be a good indicator of significant change, the conversation about Christmas breaches this threshold right in the middle of September.

Now, you are probably thinking “Well these posts in September and October are probably just all people complaining about the early retailing of Christmas!” Well yes, you may be right. But hey, even if that’s the case, the retail companies are succeeding at getting you to talk about Christmas which means it is worth their time to put up the merchandise early, since you then buy more!

Just for fun, here are the conversation plots for some other holidays! 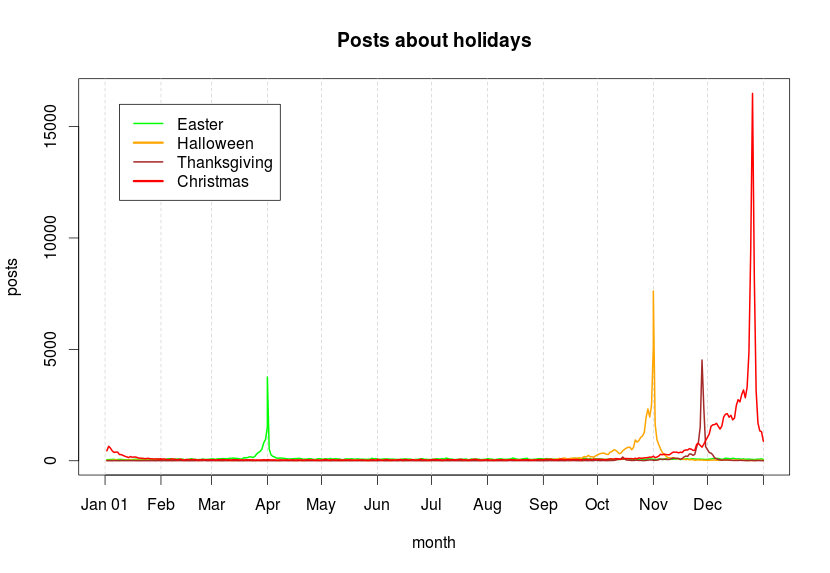