In honor of Peyton Manning becoming the second player in NFL history to throw more than 500 touchdown passes, I put together a little graphic to show how he compares to the other QB with more than 500, Brett Favre.

Looks like Favre slowed at the end of his career, but Peyton has only accelerated in the last few seasons with the Broncos. I have no doubts Manning will overtake Favre and become the leader in the next month.

Data from The Football Database

After sharing to Reddit, I have made a few more plots, and I include them below. 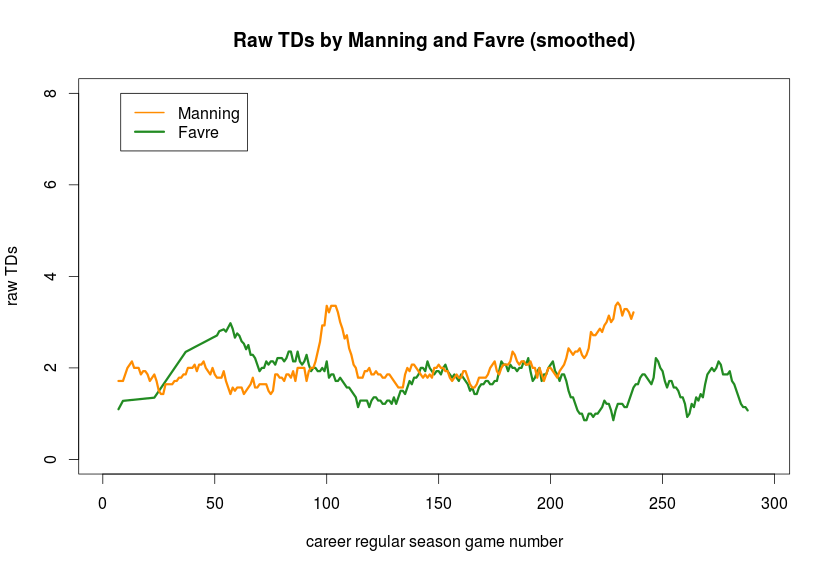 Smoothed raw touchdown per game count. Not really much trend besides maybe the recent high per game TD period for Manning. 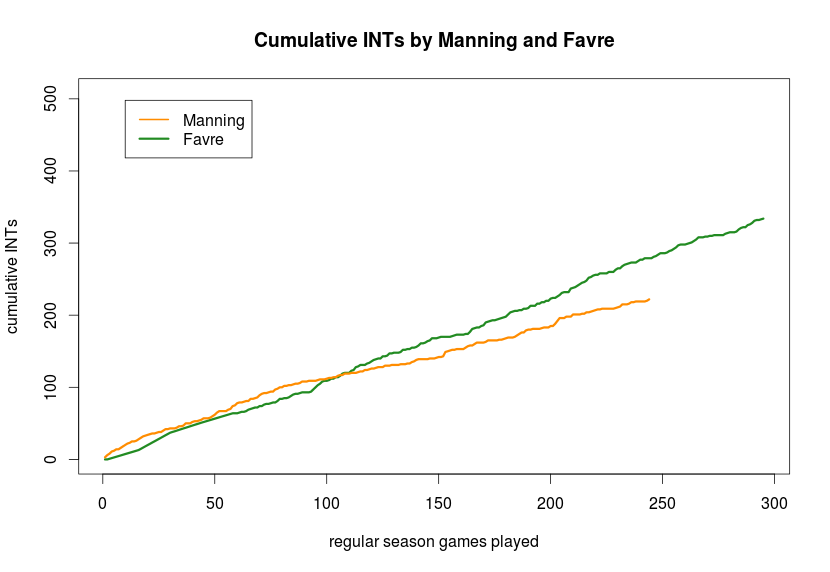 Cumulative interceptions for the two QBs.