I’m posting this in the off-chance it may help some future traveler who wants to find the same kind of day hike I did, so that he/she can enjoy it as much as I did. I recently spent a few days in München and wanted to take a day trip to the Alps for a hike. I was having an awful time finding any actual hiking routes, so I just kind of figured I would wing it once I got there. So I boarded a train the south for a city called Garmisch-Partenkirchen. On the train I asked a fellow rider (German) if they knew of any hiking trail out of G-P. While not immensely helpful, he did suggest to me my starting point. 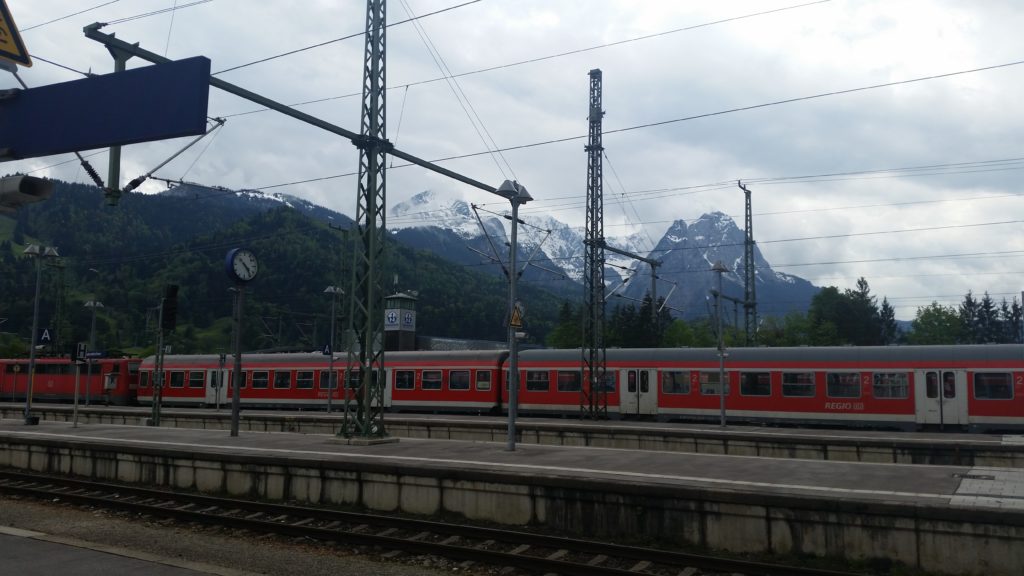 The train station at Garmisch-Partenkirchen

The idea was to set out from the train station in G-P for a gorge called Partnachklamm (the Partnach river is the river that has cut the gorge); from there I would just continue climbing and wandering up trails and the mountains until I got tired and then head back down. The Partnachklamm begins about 1 km up a small road that begins at the Olympic Ski Jump facility. The hike I followed was ~19 km, or approximately 10 km up and 9km down. HERE is a .kmz file so that you can see the approximate path I followed, you may have to click “view raw” in order to initiate the download (please note that I just mapped this now in Google Earth, and it does not necessarily map the exact trails I followed!!).

So for some direction, the hike I enjoyed could be mapped as follows (be sure to enjoy the scenery along the way too!). 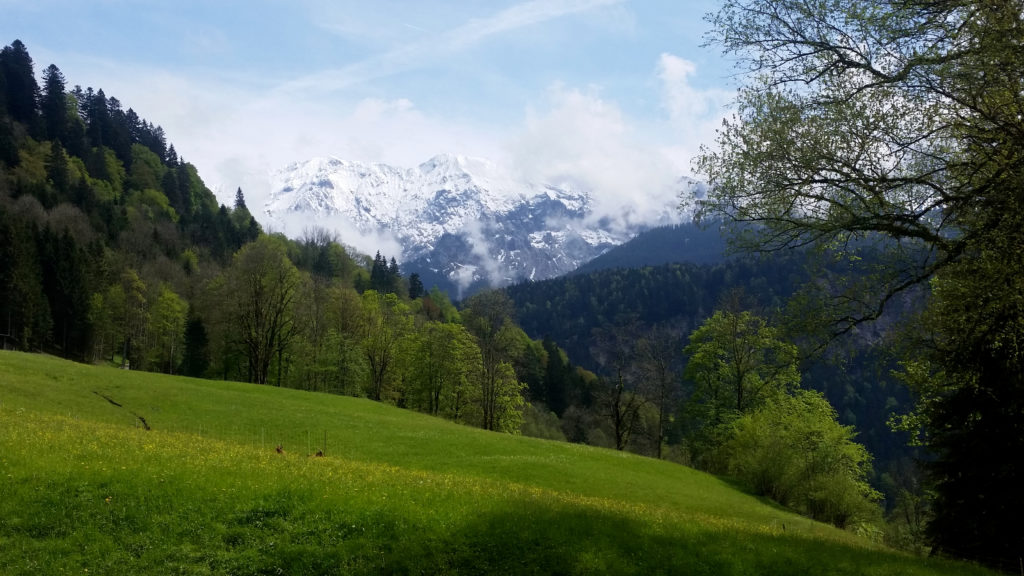