The Greater Houston Metro just got pounded by one of the largest storms (in terms of rainfall) on record: Hurricane Harvey. There was widespread flooding across all parts of the metro, but my home and Rice university were largely spared. The skies are clear today, after ~5 days of nearly continuous rainfall. However, the cleanup effort for this disaster will last years and cost billions of dollars. Nonetheless, I am certain that Houston will come back stronger and better than ever. This ordeal has made me even more proud to be a Houstonian.

At my house, we had a small leak in an interior bathroom, but because we received so much rain over the duration of the event, the roof became saturated and the sheetrock partially collapsed. No one was hurt, thankfully, and repairs are already underway. 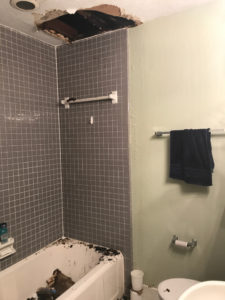 I am currently working on an NSF RAPID grant, which I compiled the following figure for. This figure shows total rainfall during the Harvey event with the City of Houston (CoH) labeled. The precipitation data were collected from the National Weather Service and then summed to produce the total rainfall numbers for the below plot. I am proposing some work on the Brazos River (BR) so this feature is also labeled. 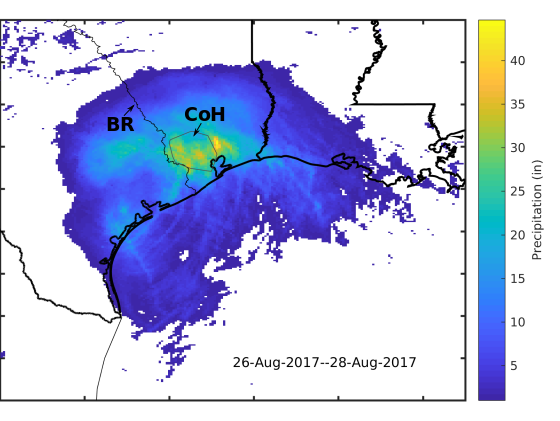